Kresgo is a large-scale interactive display concept for the Kresge Building on the campus of MSU. It is meant to serve the students, faculty and newcomers of Kresge, assisting them in finding their way around the building, finding specific people in the building, and viewing student work. I wanted to create an interactive device that could listen and guide you where you need to go with just a single tap, allowing the user to get on with their day as quickly as possible. 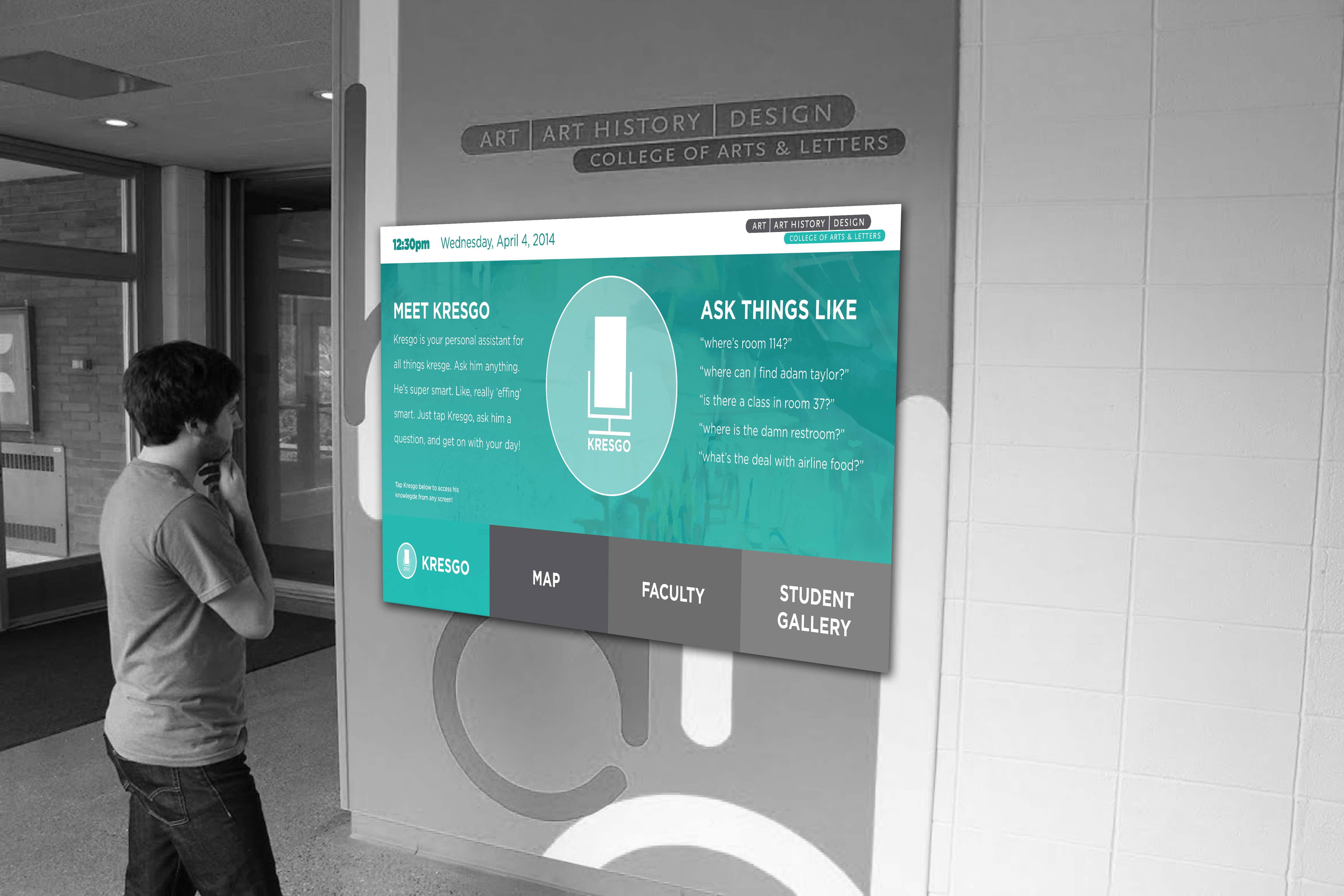 The project began by creating a user map of all the users that may come into contact with an interactive Kresge display and the information that each user would need. After that we came up with a user scenario. We then practiced a form of analog wireframing and prototyping through a Paper Prototyping technique. 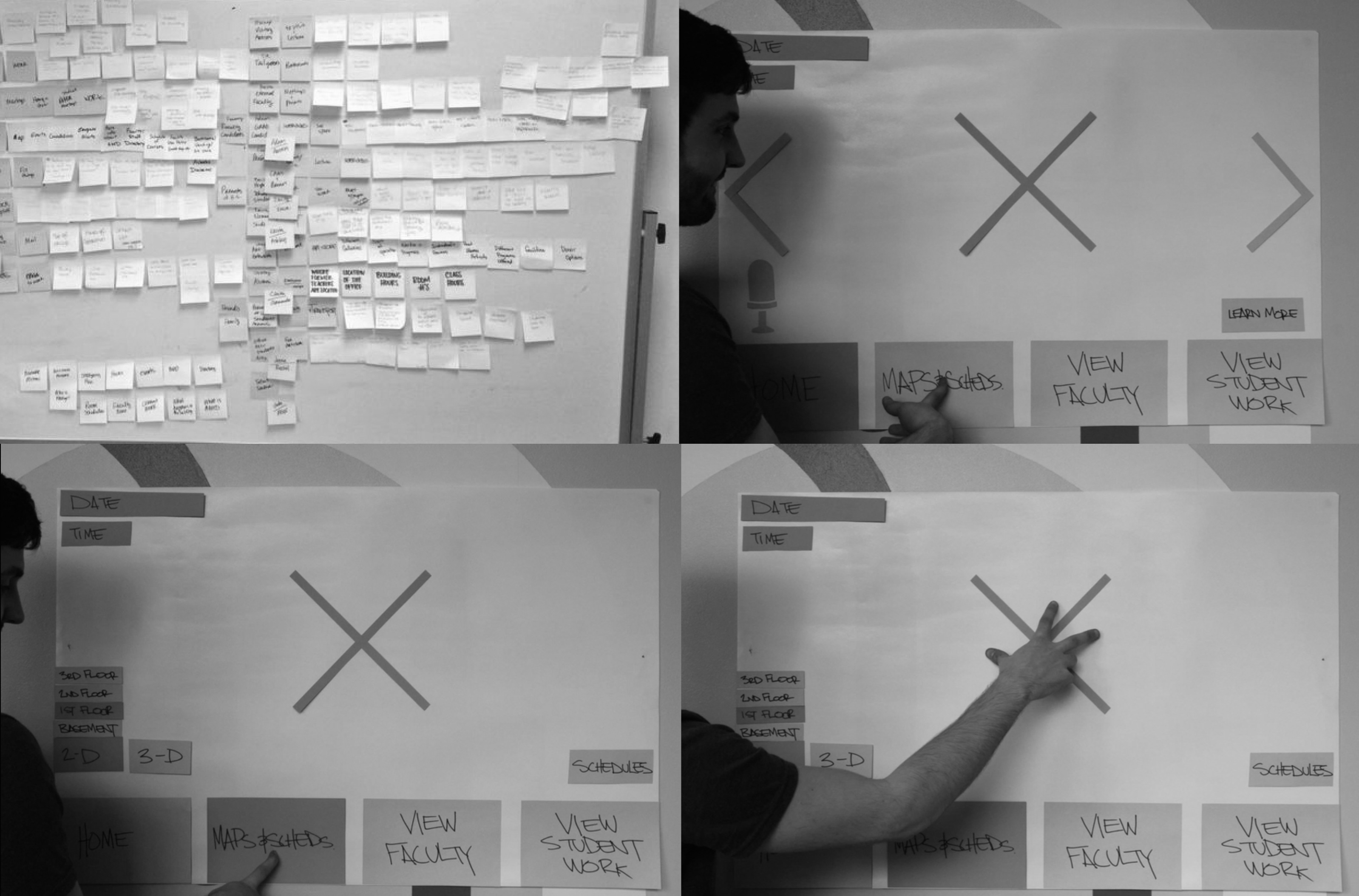 The process of paper prototyping made me think about how the display could be even simpler. I decided to make the home screen just a voice recognition system, much like that of Siri. I thought that if I was lost in a building the easiest way to find my way around would be to ask someone. So by making the design revolve around a voice recognition system, I could essentially create a digital assistant that is always available to the public. I decided to name this digital assistant "Kresgo", and to put him smack dab in the middle of the home view. I wanted him to be the first thing that people came into contact with when they walked in, allowing one to simply tap, speak, and get on with their day. 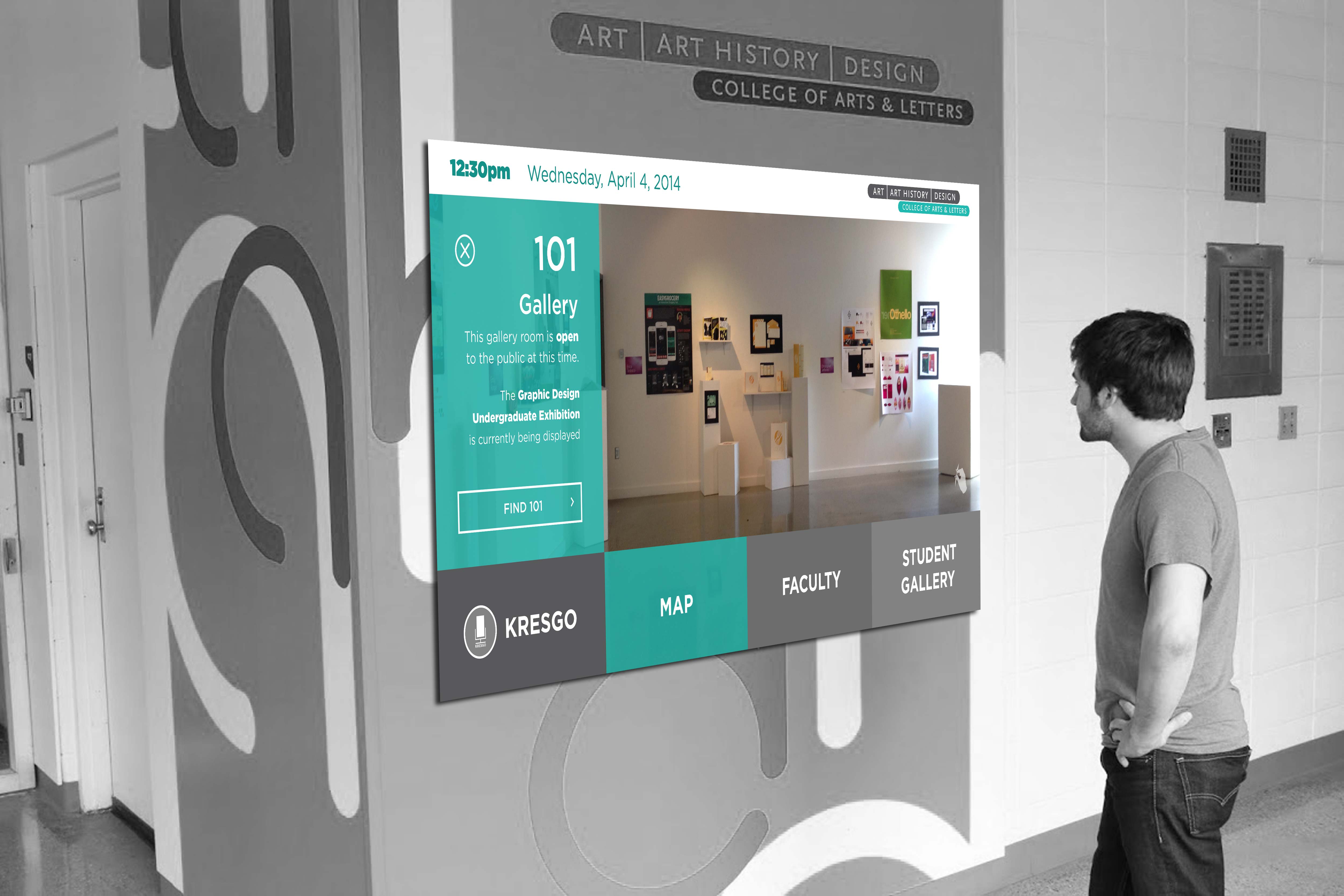 The following projects have been completed in the past and don't necessarily showcase my current skills as a designer. However I think it's interesting to see my progress, so I keep them around.